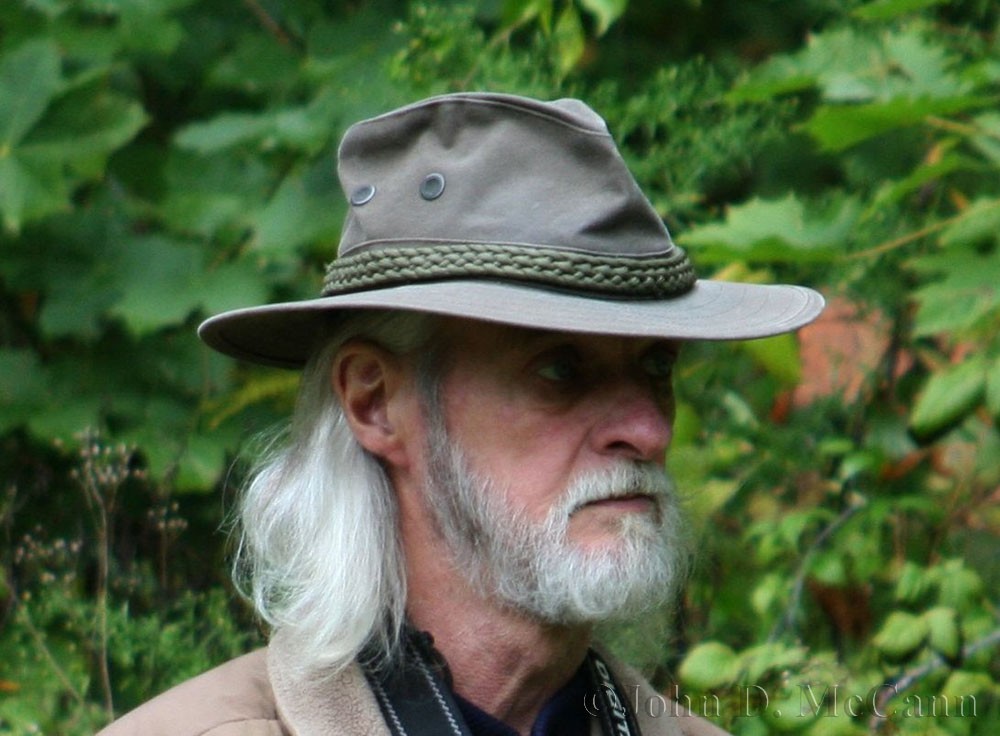 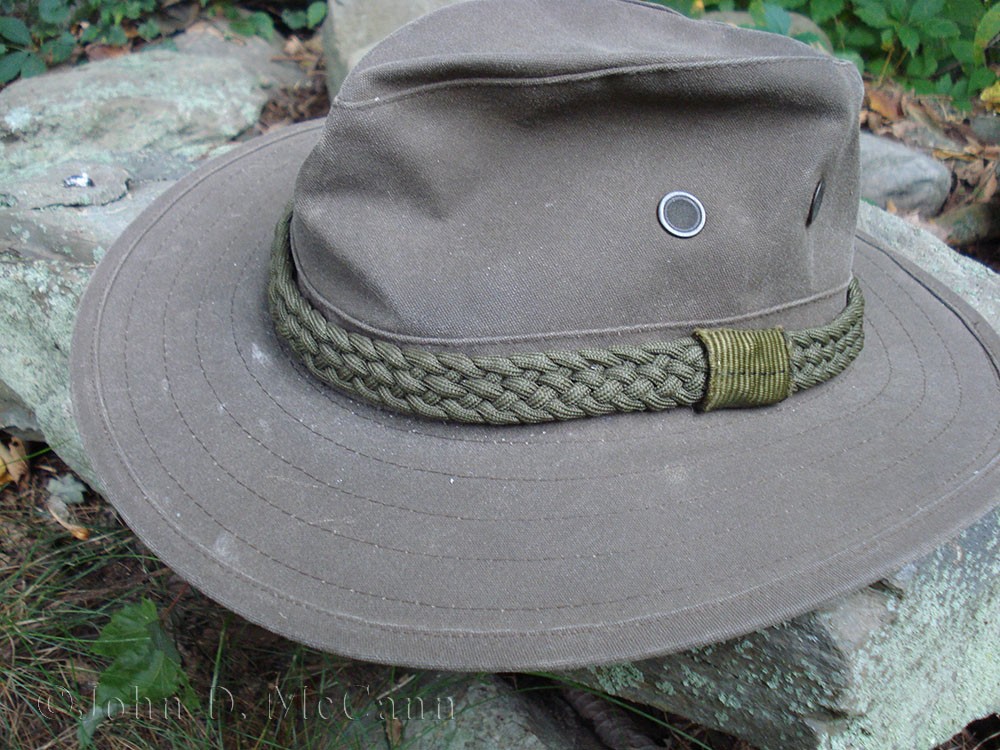 This is a closer view of the five plait braid parachute cord hatband on my "go to the woods" hat.

I usually start with five lengths of parachute cord, about three times as long as the circumference of the portion of the hat that fits around your head. Tie the five strands together at one end. 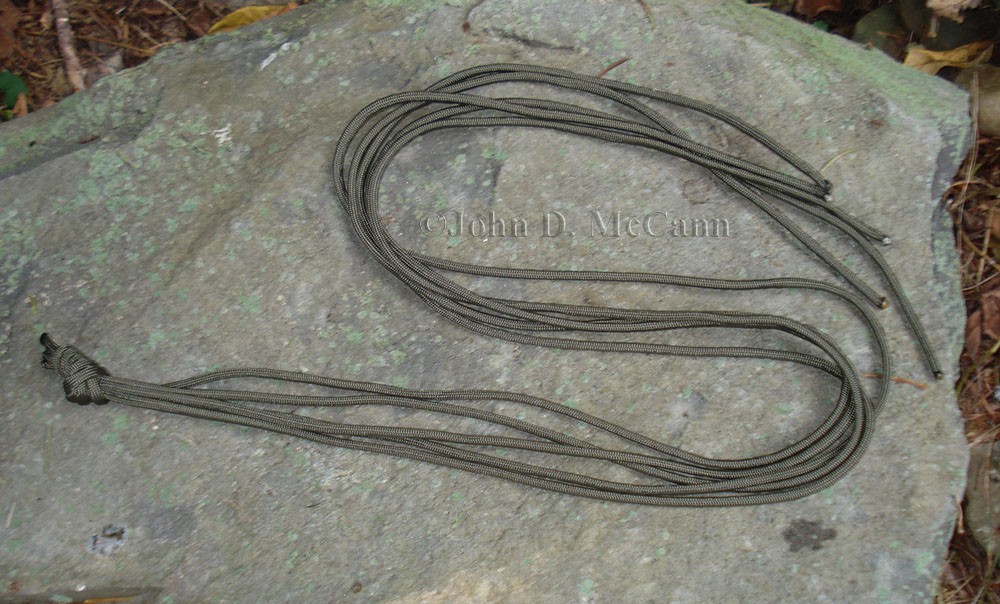 Five strands of parachute cord knotted at one end. 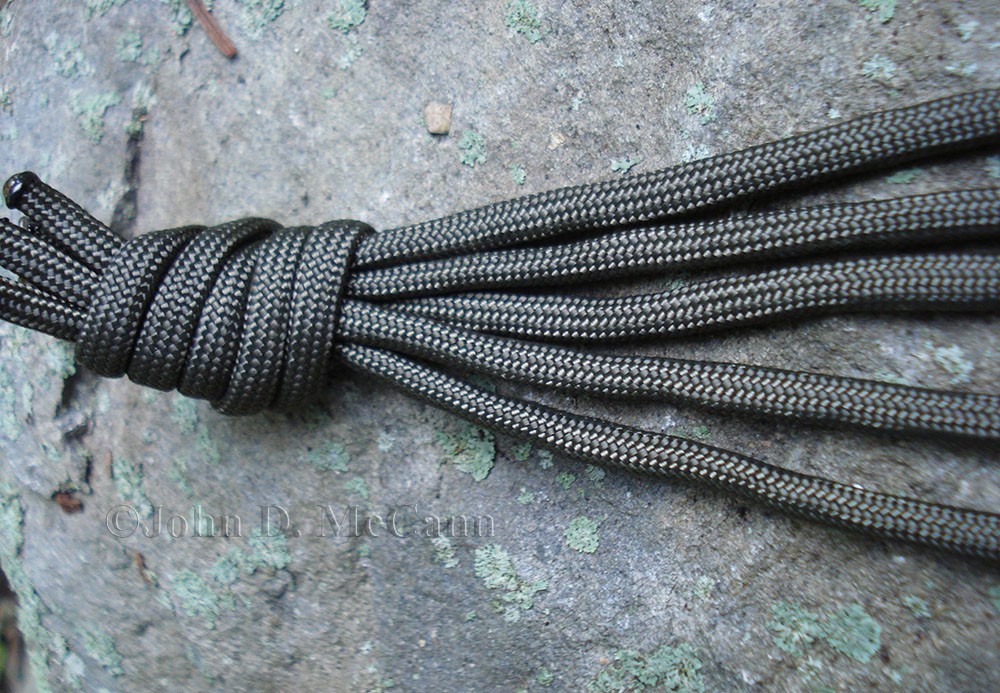 Close-up of five strands of parachute cord knotted at one end. 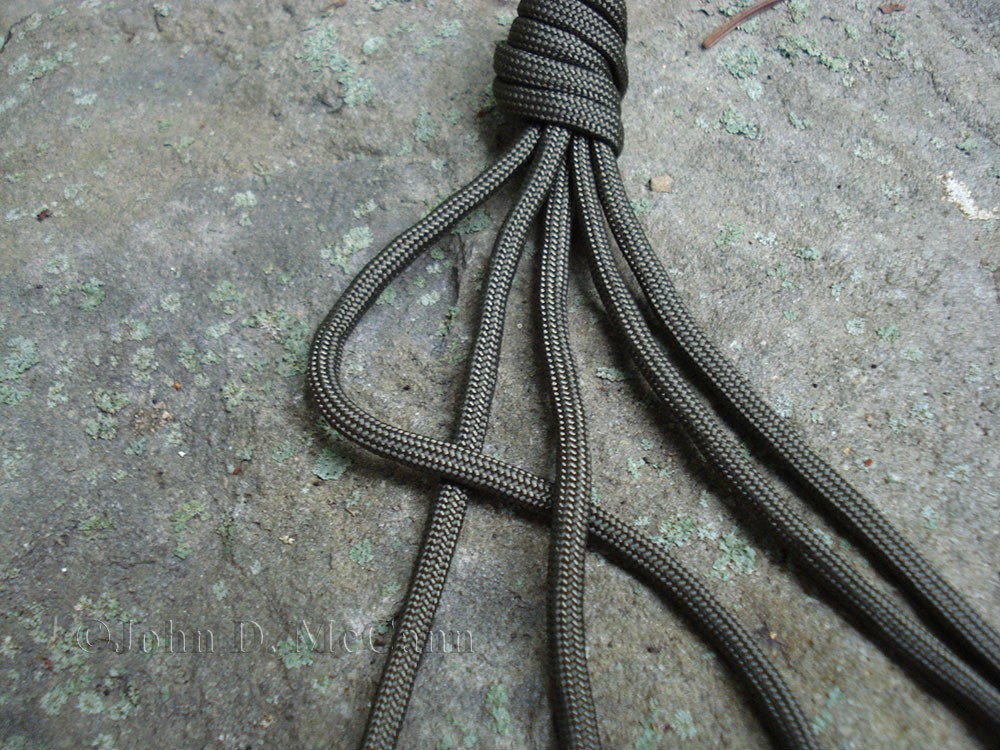 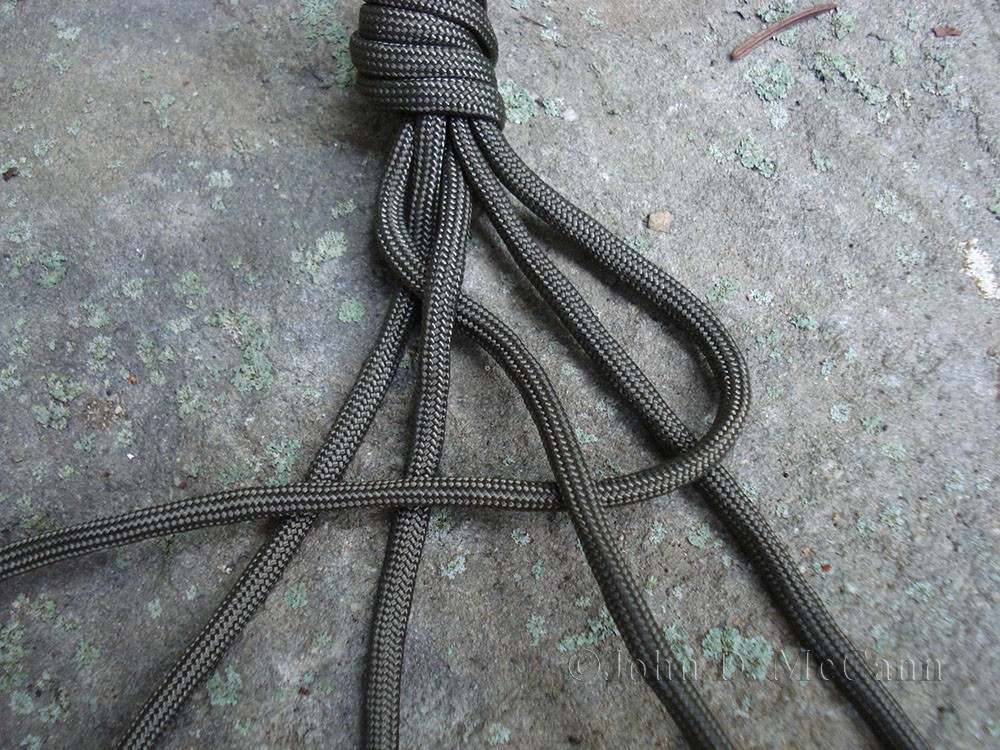 Then the outside right strand becomes the center strand.

At this point you can start working the braid up towards the knot. It sometimes takes a few braids before it starts to lay right at the knots, but it is a work in progress. Always remember that the next outside strand always becomes the third center strand. Being careful to keep the strands separate, continue with the second braid from the left side, then the second braid from the right side. 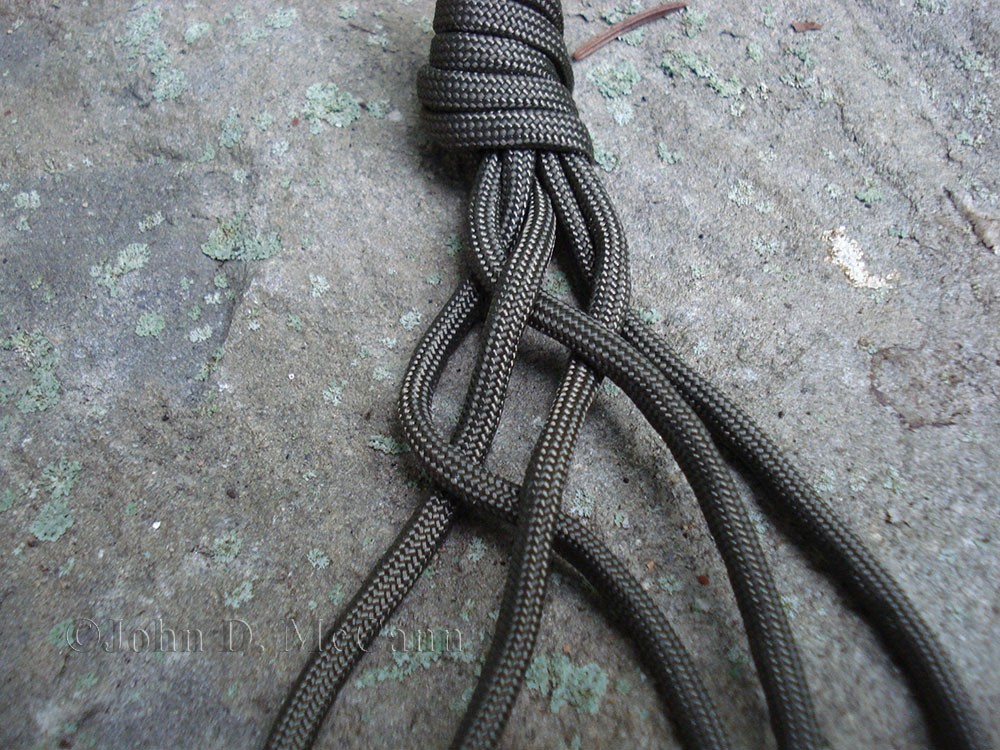 The next outside left strand becomes the center strand. 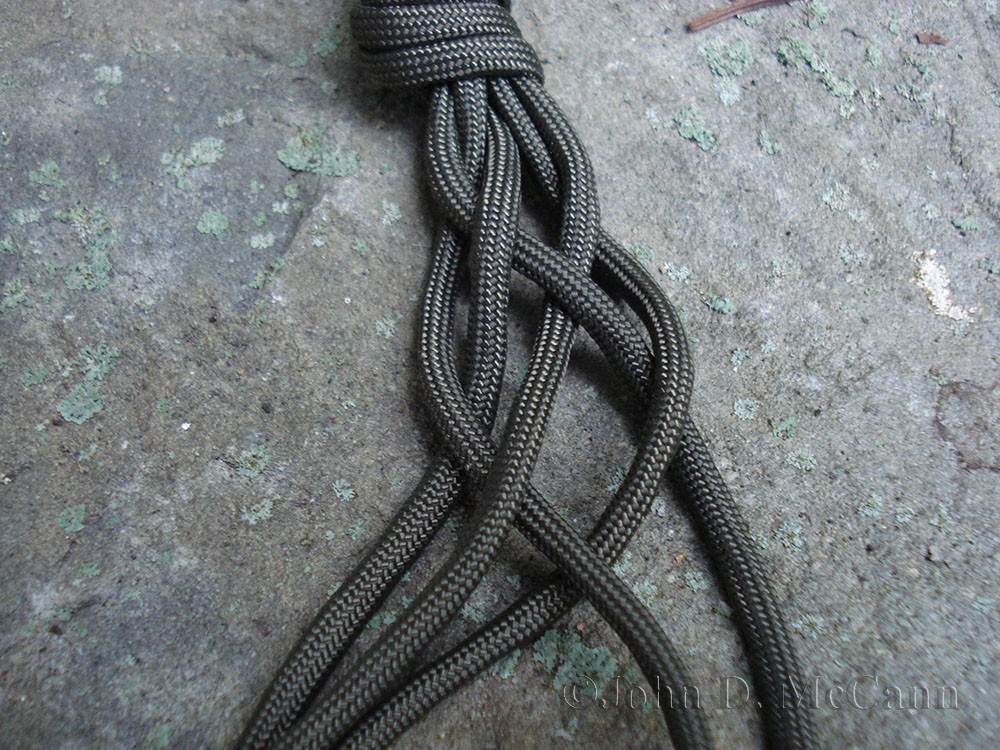 The next outside right strand becomes the center strand.

You can now see the braid starting to come together. You should remain careful at these first stages until the braid becomes apparent. Keep working the braid, left side, then right side, always keeping the former outside strand as the new center strand. 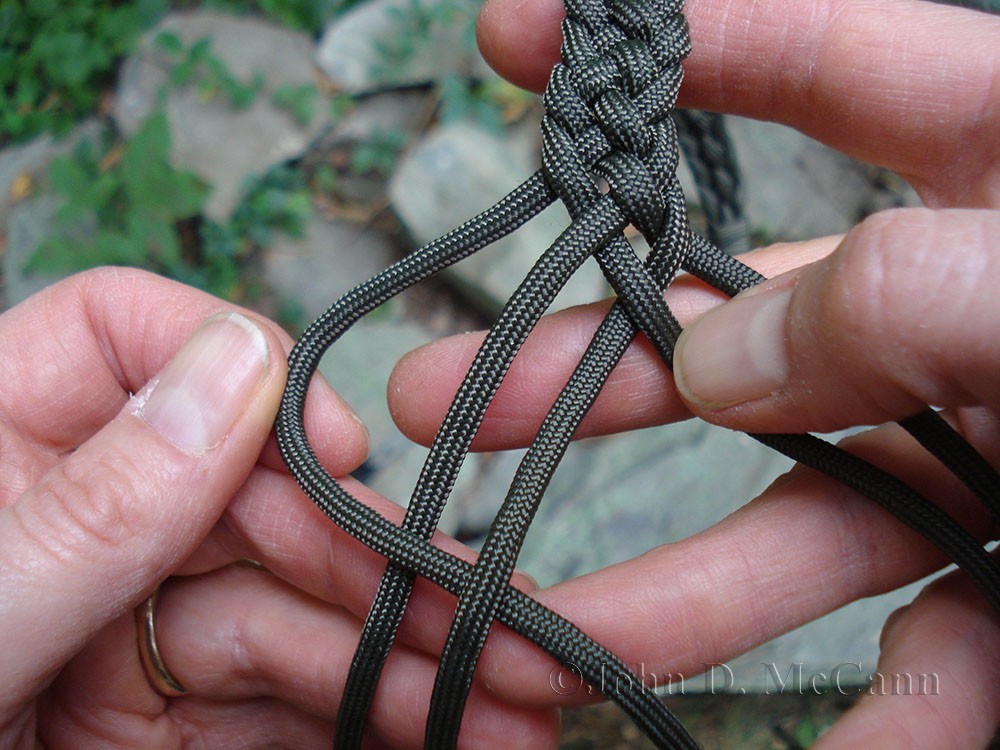 Keep working the braid with your hands being careful to keep the braids even. 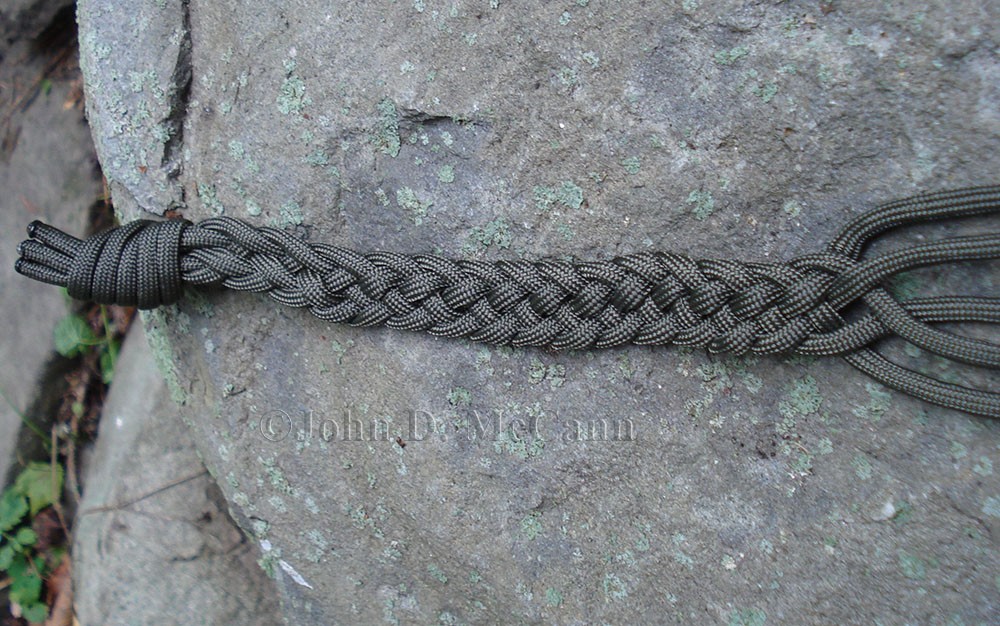 Eventually, the braid will start looking like a braid and you will have the making of a hat band.
Again, continue carefully until the braid is long enough to fit around the outside of your hat.

Once you have reached the length you need, I usually cut both ends of the braid with a butane hot knife in order to get nice straight edges. 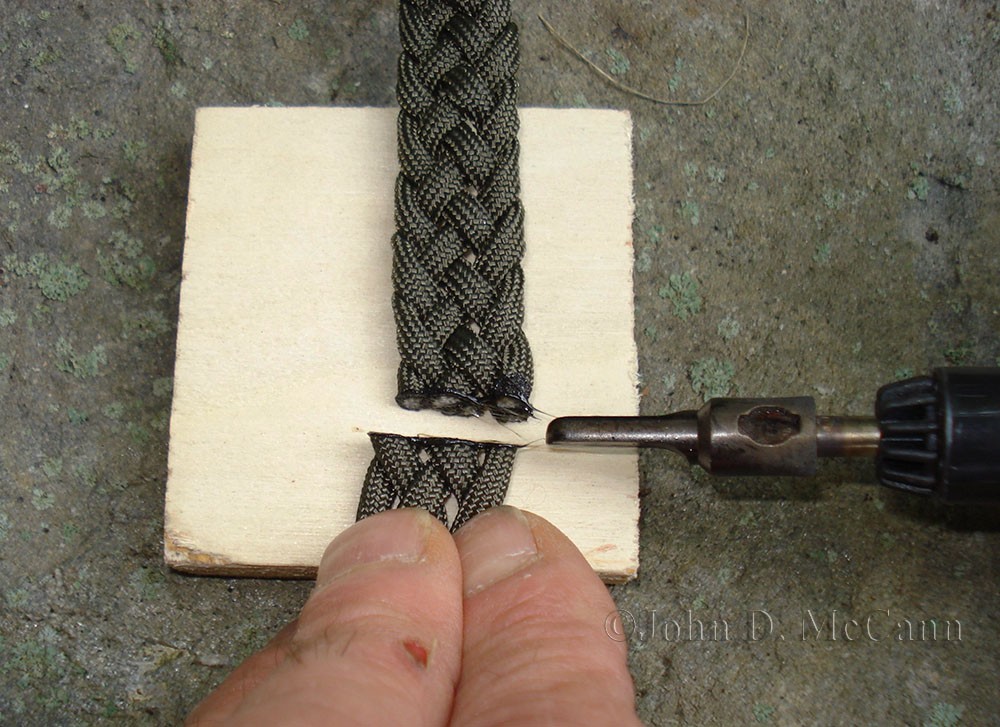 Cutting the finished braid with a butane hot knife. 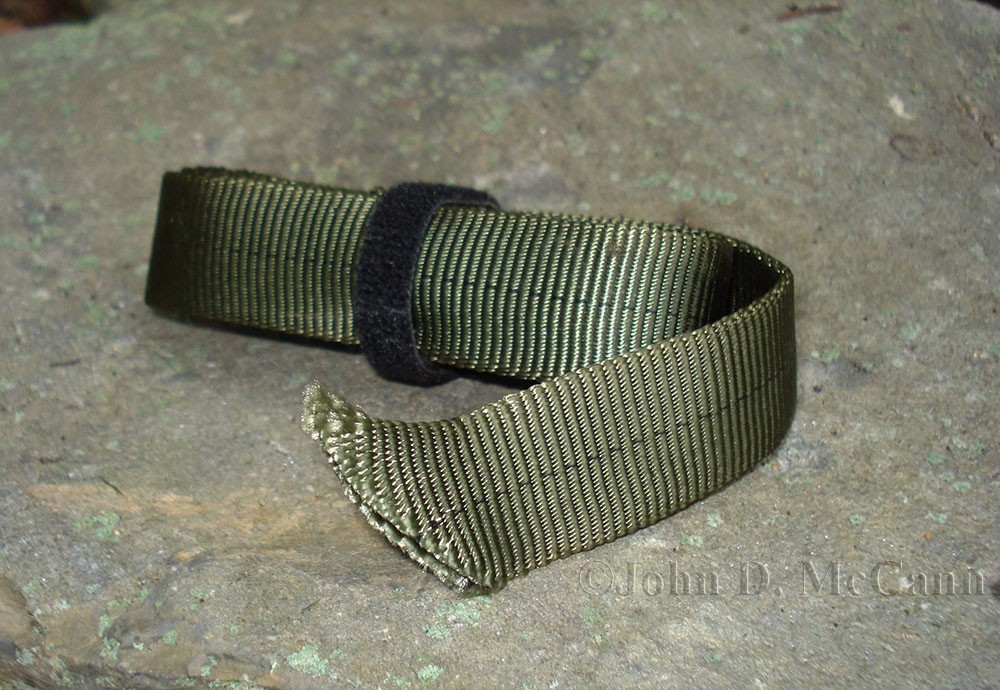 A view of Nylon Tubing. 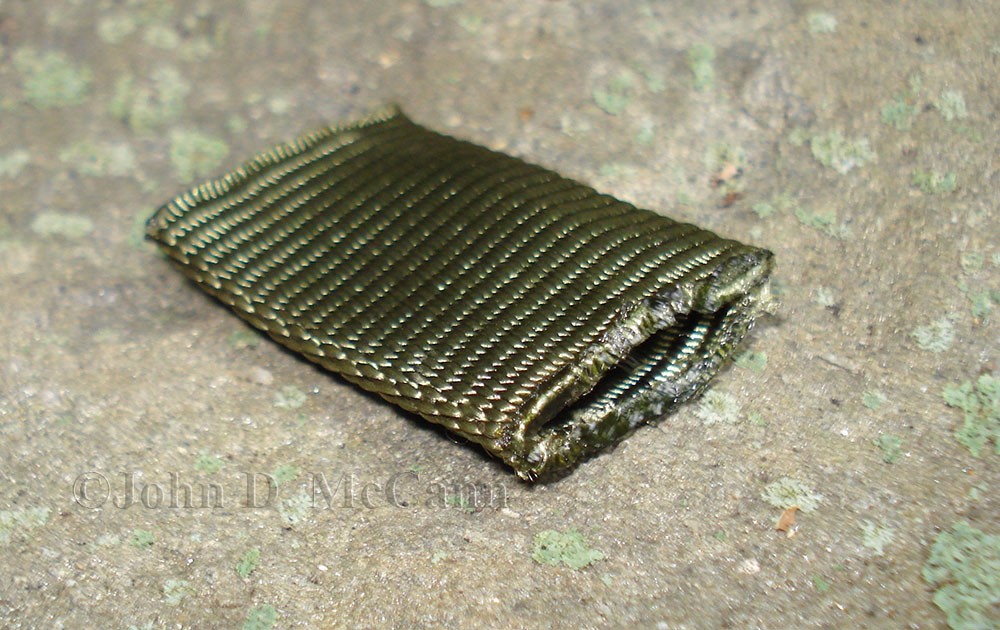 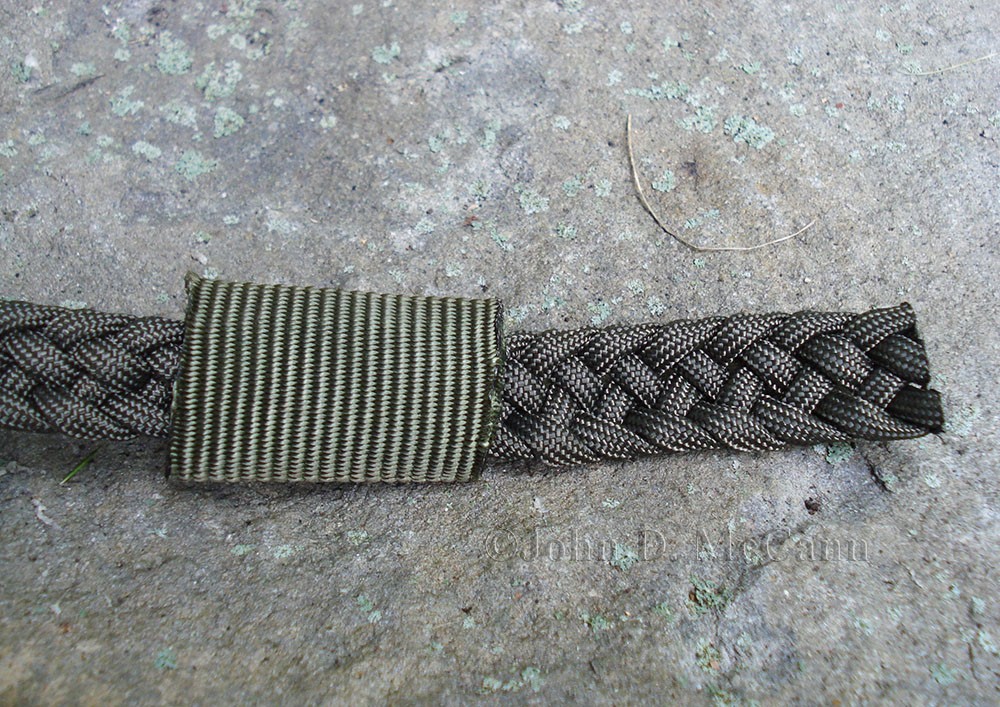 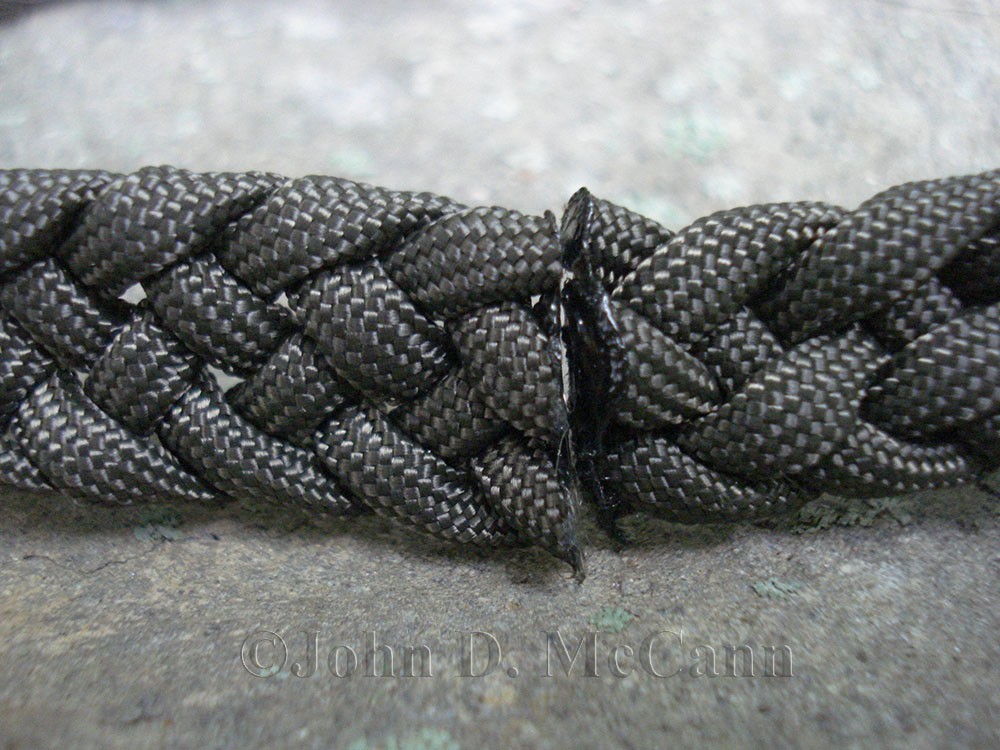 Ends ready to sew together.

After you sew the two ends together, you slide this piece of nylon tubing over the joint to hide the joint. You can place a few extra stitches through the back of the tubing through the braid so it does not slide of the joint.

The finished braided band on hat.

Well that's what it looks like when finished. I normally sew the hat band to the hat at four evenly spaced places, using only a couple of stitches. Of course, seal the area where you placed the stitches. I also use the nylon tubing that covers the joint to store several fish hooks on the backside, against the hat. I carry about a hundred feet of braided fishing line wound to the size of the inside hatband, and place under the hatband inside. As some have seen, I also have a small pouch inside the hat for a mini fire starter and striker. You hat could be your first line of defense in a survival situation.

Anyway, I hope this helps those who have been wanting to make a five plait braided hat band from parachute cord. It's really not as hard as it looks!