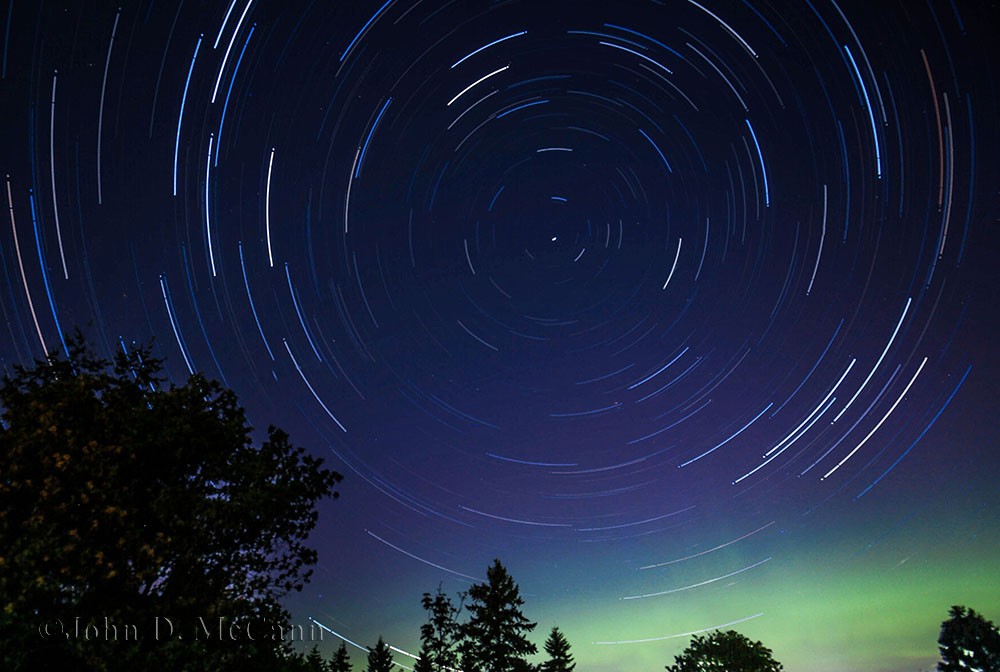 I have seen a lot of information on navigating by using stars. Many of these require that you have a clear view of the sky so that you can see various constellations such as the Big Dipper, Little Dipper, Cassiopeia, just to name a few. Unfortunately, you are not always in a position to see a large portion of the sky. This is especially true when you are in a heavy canopy and only have a small hole to look out through to see the stars. Sometimes you can only see a few.

Therefore I will discuss a technique whereby you can determine direction by observing the motion of only one star; Any Star (Except the North Star -Polaris, which does not move) or one near the poles and I will explain that shortly. But first let's discuss why this works before I explain how to do it.

Now how does this work. We already know what directions the stars move depending on the direction you are facing. But trying to remember that can be difficult for some. So you simple right down the four cardinal directions, using the first letter of North, East, South, West. It should look like “N” “E” “S” W”. Now underneath this you use the first letter for Left, Up, Right, and Down, and place them under the Cardinal Direction. We know if you are facing north, stars appear to move right, as discussed above. Therefore you place “L” under “N” for north. You continue in this manner and you will end up with “L” under “N”, “U” under “E”, “R” under “S”, and “D” under “W”. This sounds much more complicated than it is. Just remember “LURD” and place that under “NESW” and you will always be good. 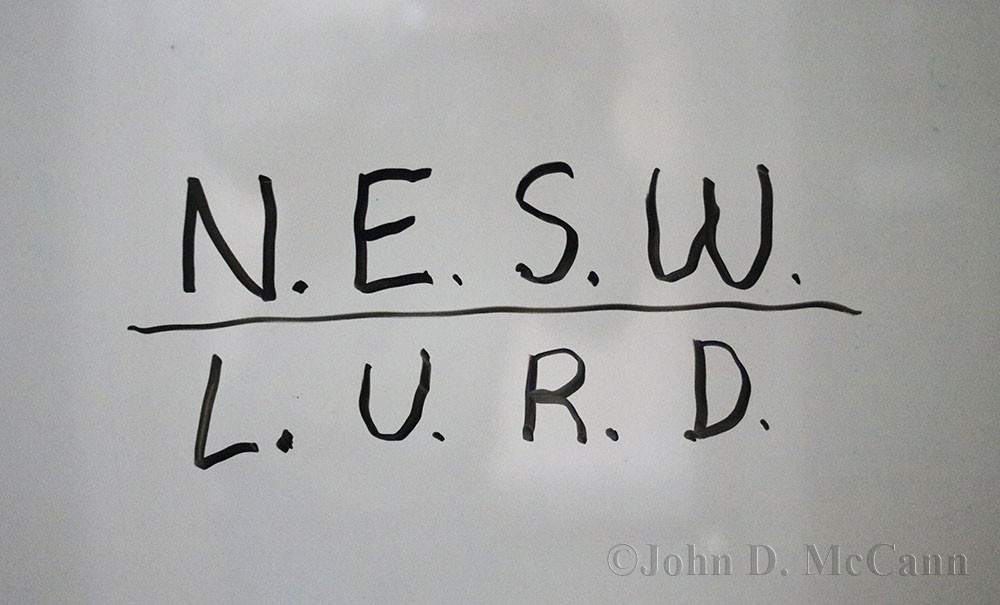 Simply write the first letter for the cardinal directions, North, East, South, West. Under that write
"LURD" with each letter under a letter above it.

Now let’s describe how to use the “LURD” method.  In theory you could use a mountain peak or a tree top to aim. However, what I suggest is setting up two sticks, one slightly longer than the other. Use these sticks to set up a sighting line on one star. You will use these two sticks like the sights on a rifle. Place the star you are going to watch at the top of the front, longer stick. Now place the second, shorter stick, behind the first stick so that you can aim across the top of both sticks with the star on that sighting line. Now while watching, wait about fifteen to twenty minutes, and the movement of the star will tell you what direction you are facing. 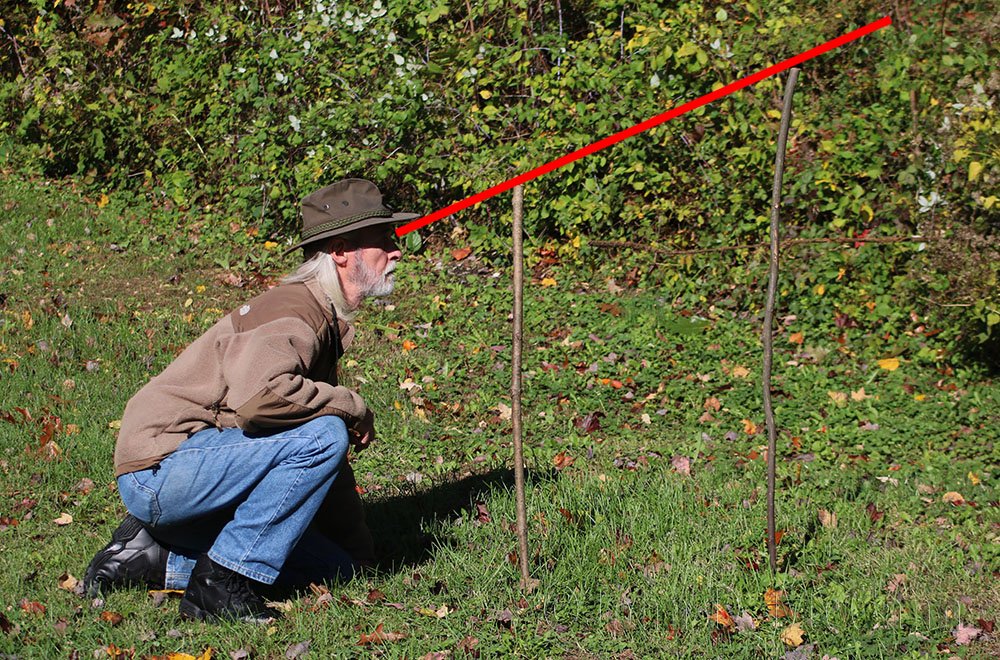 Set up two sticks, one slightly longer than the other. You will use these to sight on a star, like the sights of
a gun. Obviously, the photo was taken during the day to show how to set the sticks up at night.

I mentioned earlier that you should avoid using a star at either of the poles. The reason for this is the stars at the poles seem to revolve around each other, so you don’t want to use this method directed at the poles. How do you know? You don’t but to avoid the poles try to take readings toward the horizon, when possible. When in doubt, I take two or more readings in various directions. Again, you can not use the North Star - Polaris, as it does not move.

Well, I hope this adequately explains using one star to determine direction using the “LURD” method. It really isn’t as difficult as it sounds. Try it out, I’m sure you will find it useful, especially when you can only see a small portion of the sky at night.