It should be noted that I am not an edible plant expert, nor do I play one on television. I rely on reputable identification books on the subject (such as Samuel Thayer's books, Peterson field guide to Edible Wild Plants, and Steve Brill's), and the advice of various experts. Also, like all edible plants, they have the potential to cause allergic reactions and may otherwise be disagreeable to some people, even if identified properly as edible plants. Ostrich Fern is no different.

In our area, New York, April is normally the time to harvest the Fiddleheads from the Ostrich Fern. Make sure you identify the Ostrich Fern correctly and don't get the cinnamon or interrupted fern. Samuel Thayer has a great chapter in his first book, "The Forager's Harvest" about identifying the Ostrich Fern, from others. The main identifying features is the deep grove that runs the entire length of the stalk, and the stem often re-curving backwards as it grows.

The photo below shows several Ostrich Fern Fiddleheads. Note the re-curve of the stem. 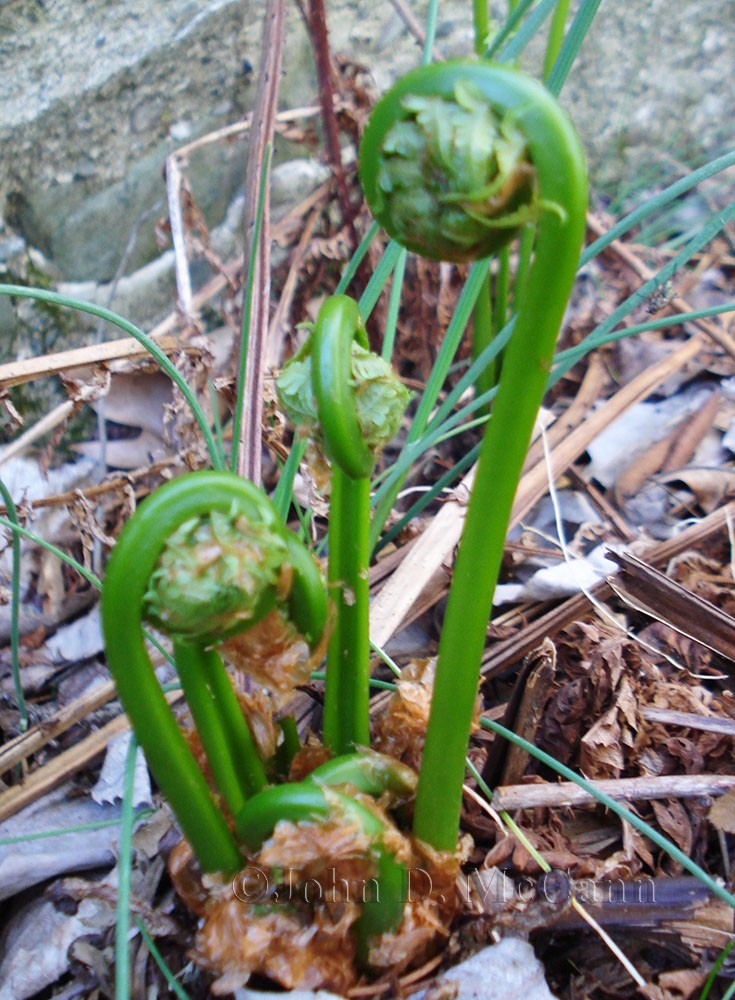 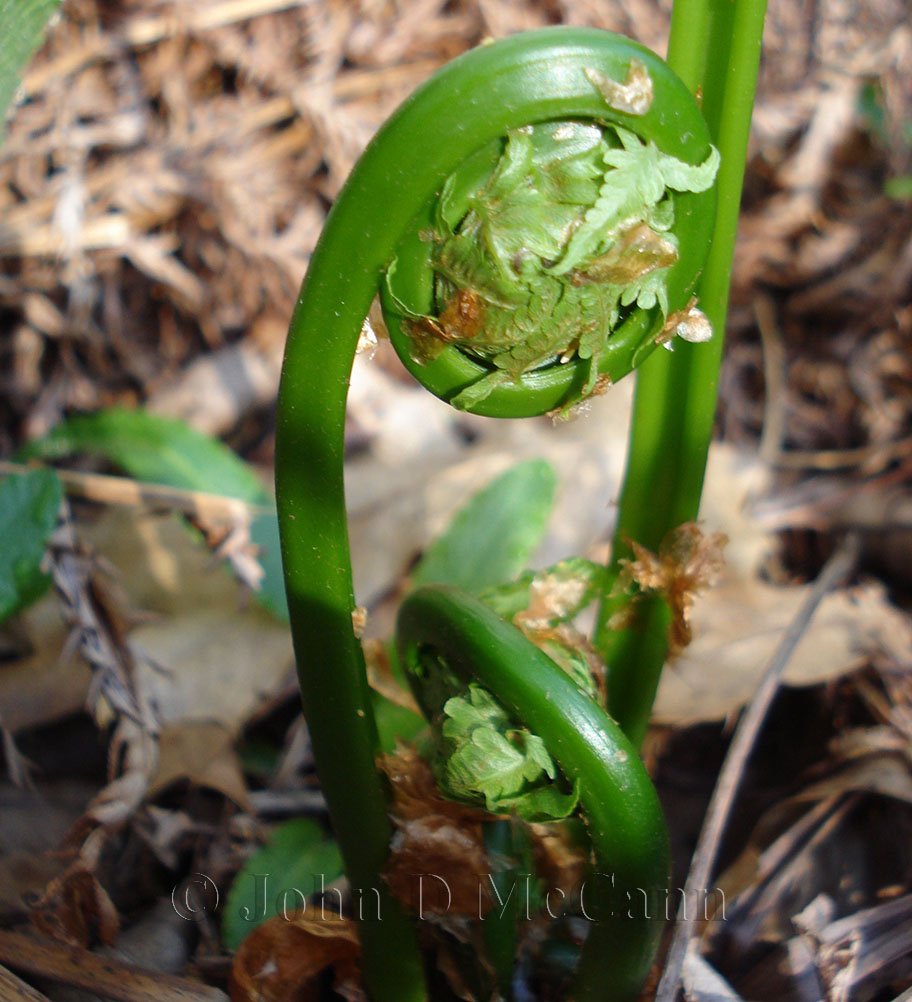 A closer view of the Fiddlehead.

It should be noted that after reading "The Forager's Harvest", and reading Samuel Thayer's statement, "Most of the edible volume of the fiddlehead is contained in the straight part of the stalk rather than the coiled top. Some people, however, collect only the coiled disc at the top of the fiddlehead - which I consider an egregious waste... Furthermore, in my opinion the flavor and texture of the straight section of the stalk is superior to that of the coiled top."

After reading that, I tried it and I concur. We now cut them about 8-10 inches long. If the stalk is a little tough at the end, we trim them like we would asparagus. 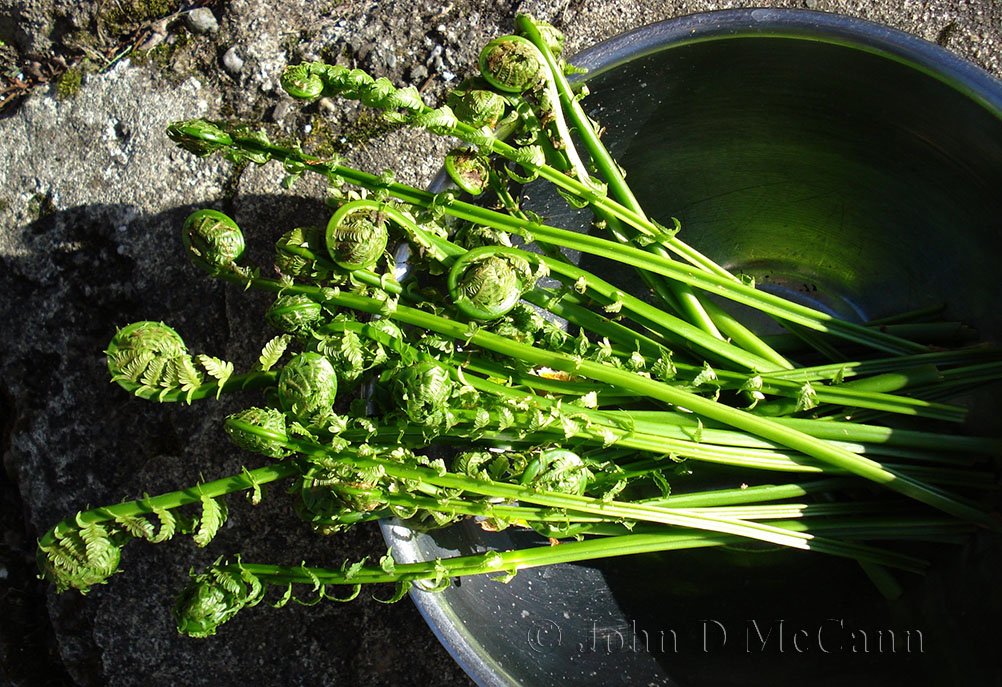 Harvested and ready for the kitchen. 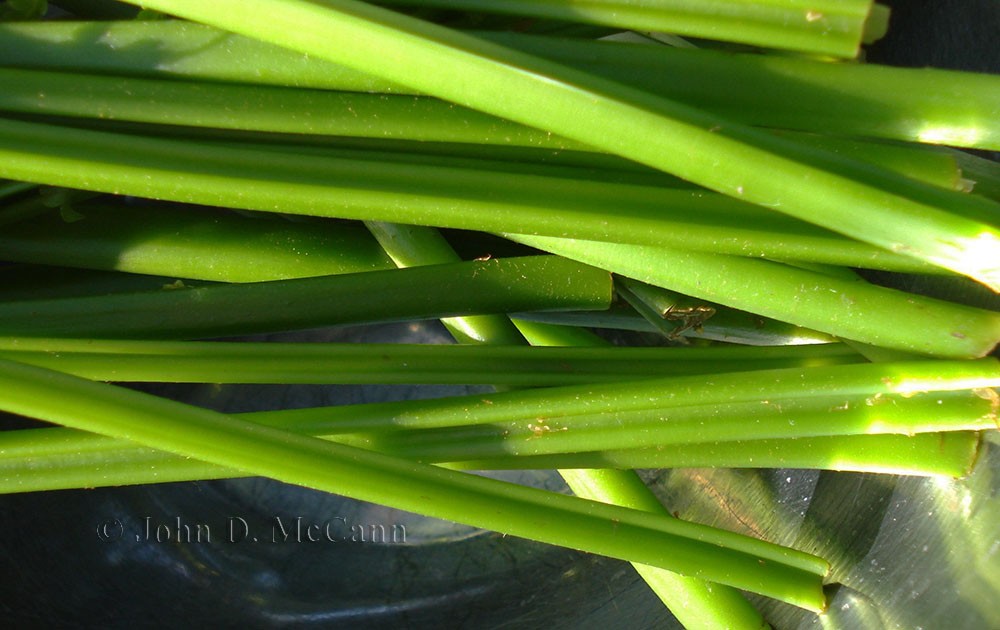 Note the groove the entire length of the stem.

The fuzz is cleaned off the fiddleheads by gently rubbing them between your thumb and forefinger. Be careful, it doesn't take a lot of rubbing and you don't want to damage the fiddlehead while rubbing. Next, the fiddleheads are washed thoroughly. The fiddleheads are then steamed or boiled for about 10-15 min. We prefer steaming as you retain more of the nutrients that way, and they aren't soggy. 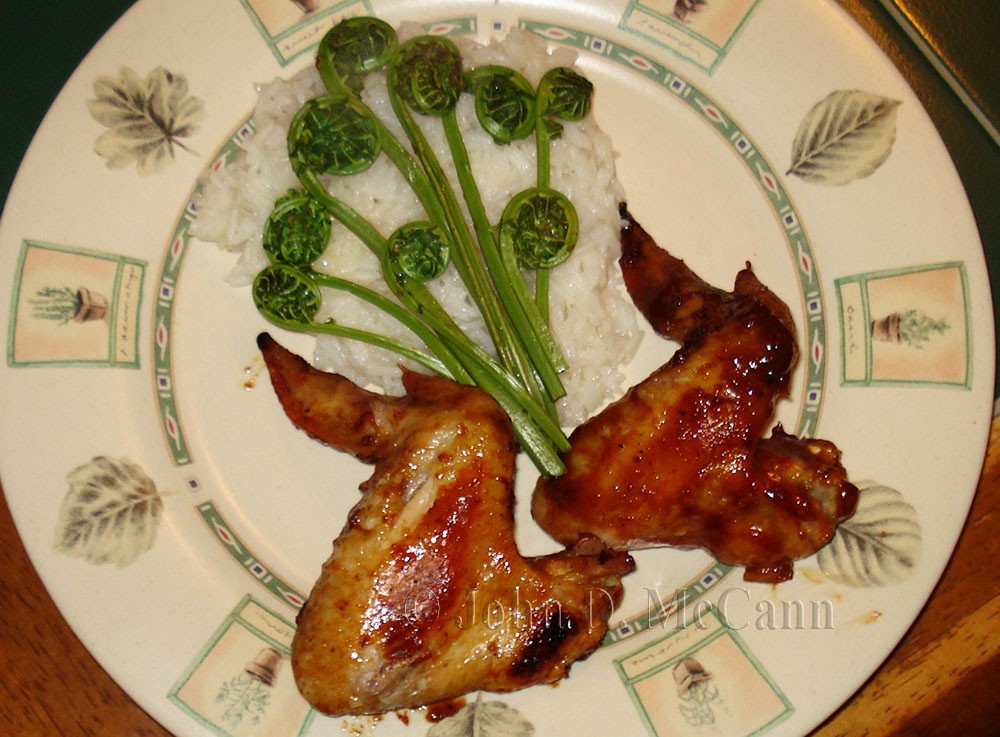 Served on a bed of rice with barbecued wings. Doesn't get any better than this!