I have often watched videos of shoppers on Black Friday. They seem to be the same every year, and I am always amazed watching people pushing in doors, knocking each other down, and beating each other up, just to go shopping.

When watching such behavior, you must keep in mind that these people are not in an emergency situation. They are not in "Dire Need" of these things they are fighting over. The electricity is on, the water and heat is running, and again, This Is Not an Emergency! 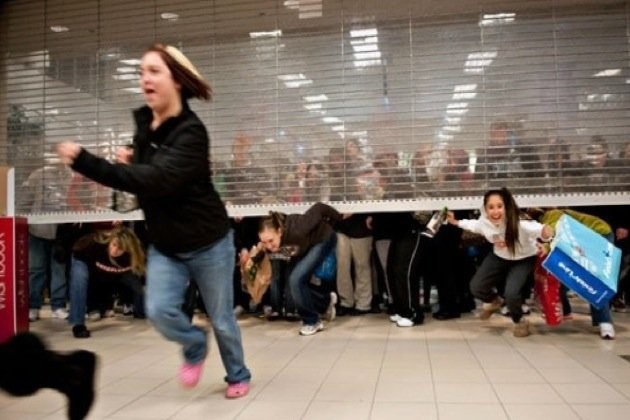 These are not looters and, again, there's no emergency. It is simply shoppers entering a store for a sale.

Upon reflecting on such conduct, by those who are merely shopping, you must ask yourself, "If people act this way when no emergency exists, how will they act in a real emergency." This is the real question, and one you must consider when preparing your own supplies for such a situation.

It won't take long for the shelves to be bare. As most people are aware, stores today don't have large storage areas in the rear. What you see is what they have, and when it is gone, it is gone. The problem now is these people will again need provisions and supplies in short order, but, the stores are empty and will not be resupplied. So what happens now? 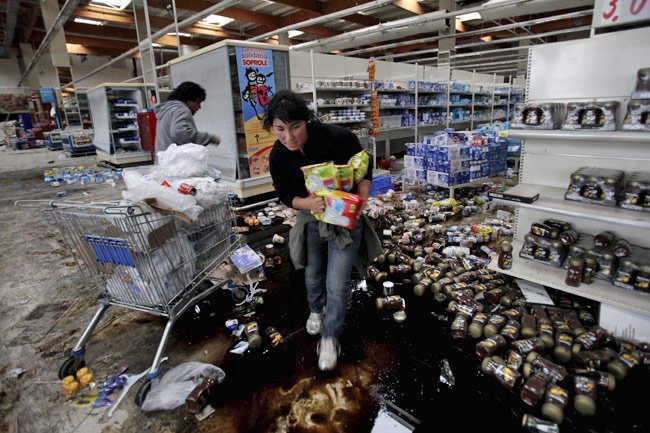 When an emergency does occur stores will be looted first.

Well first, this is the perfect reason why you should have your own preparations put away. What you have in your supplies may be all you can get when the stores are empty. They may have to last you until stores are resupplied and you won't know how long that will be. 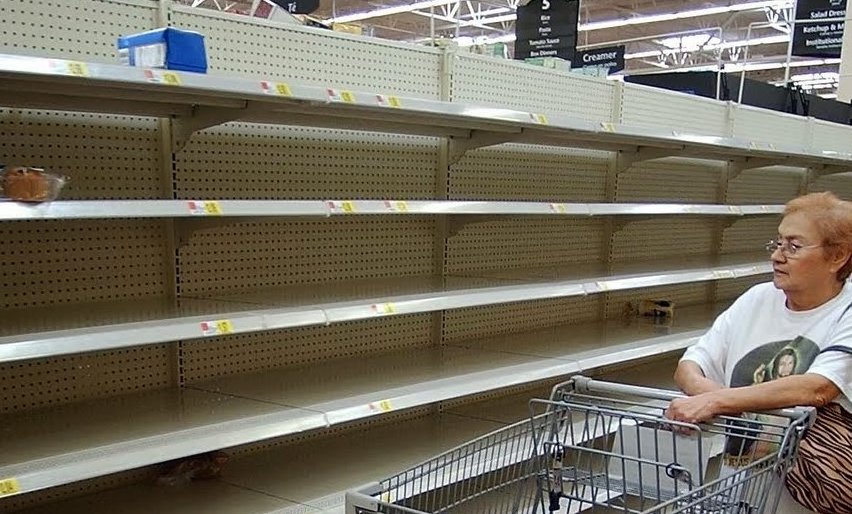 Once the shelves are bare, resupply will not be quick, if at all.

Next, these people will go where they think others might have those things they need, but can't find. They will look for buildings or homes that have light showing through the windows at night. They will walk with their noses in the air, not because they are pompous, but because they are sniffing the air for the smell of food cooking. They will listen for the sound of a generator. They will be on the alert for something you have that they want.

It won't always be the mobs, but the individuals as well. I have always said that your worst nightmare in a real bad situation might be the mother with starving children. She will do what she must to feed her children, and that might include killing you for yours. 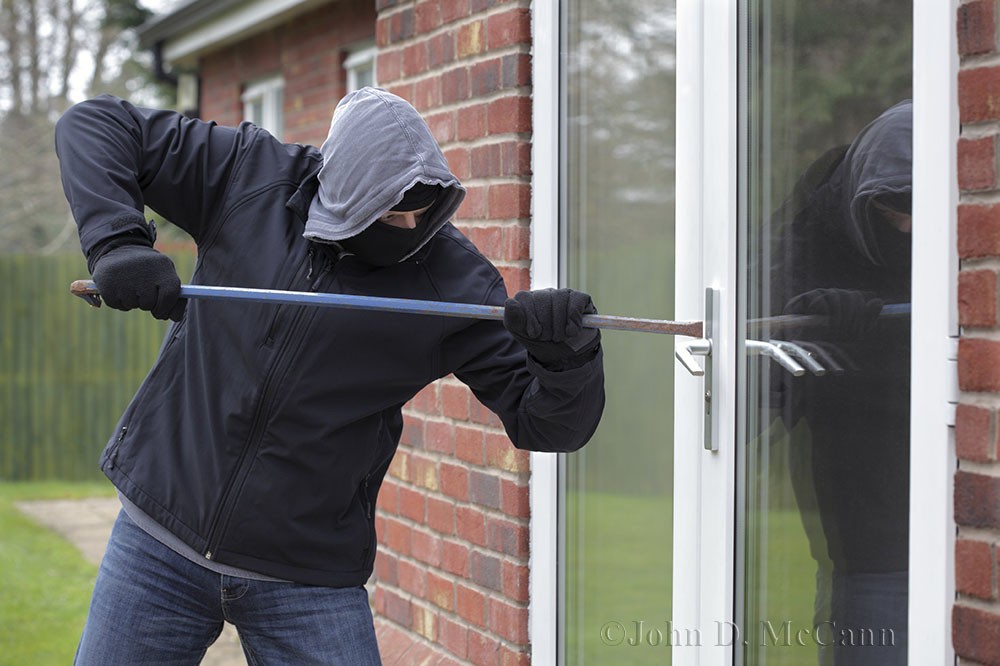 Once stores are empty, homes will become the next targets.

As we have seen, people will beat each other up for things they don't need. But they will kill for things they do need, if necessary. They won't care that you have spent the time and expense to provide for you and yours. They will often feel that they deserve what you have merely because you have it and they don't. They are entitled to what is yours, because... well because.

So what do you do? First of all, and I have discussed this before, the "Gray Man" concept is always valid. You want to remain unnoticed and blend in with the area you are in. Look like just an average person. Your property shouldn't look dilapidated; as this might make someone think that the place has been deserted, inviting them to move in. On the other hand, if it looks too prosperous, they might think it is worth breaking into. It is a delicate balance for sure, but it is something to consciously think about. Look at your property from another person's perspective and see if it invites either type of person described above.

Next is operations security, also known as OPSEC. Do you advertise what you have? It is imperative that your preparations be kept a secret, except to those you truly trust. Can your supplies be seen through a window? Are there other indications that you have supplies?

When things go bad, you must be willing to act in a manner that won't further reveal what you have. If you have lighting, use light discipline. Cover windows at night so people passing by won't see you have lighting. If you cook, do so discretely. Even though I live in the country, I can often tell when a neighbor is barbequing, and sometimes what they are cooking. This is another difficult situation, but it is something that should be considered.

Be prepared to defend if you must. In some cases this may not be possible, but if you don't have supplies cached elsewhere, fight or flight will be a decision only you can make. The bottom line is you need to be prepared for a situation where supplies will not be readily available. People will always want what you have, especially those who are oblivious to prepping. It will only be when the shelves are empty that they will be concerned with where their next meal will come. You don't want it to be you.