This technique is not the only method for boxing an object in navigation. The method normally used, especially here in the U.S. is using 90º angles, and of course, is a good, viable method. For 90º boxing, see my article HERE.

However, boxing an object in navigation using 60º angles is used a lot in Europe, especially in Switzerland. It is just another technique to add to your box of navigation tools. 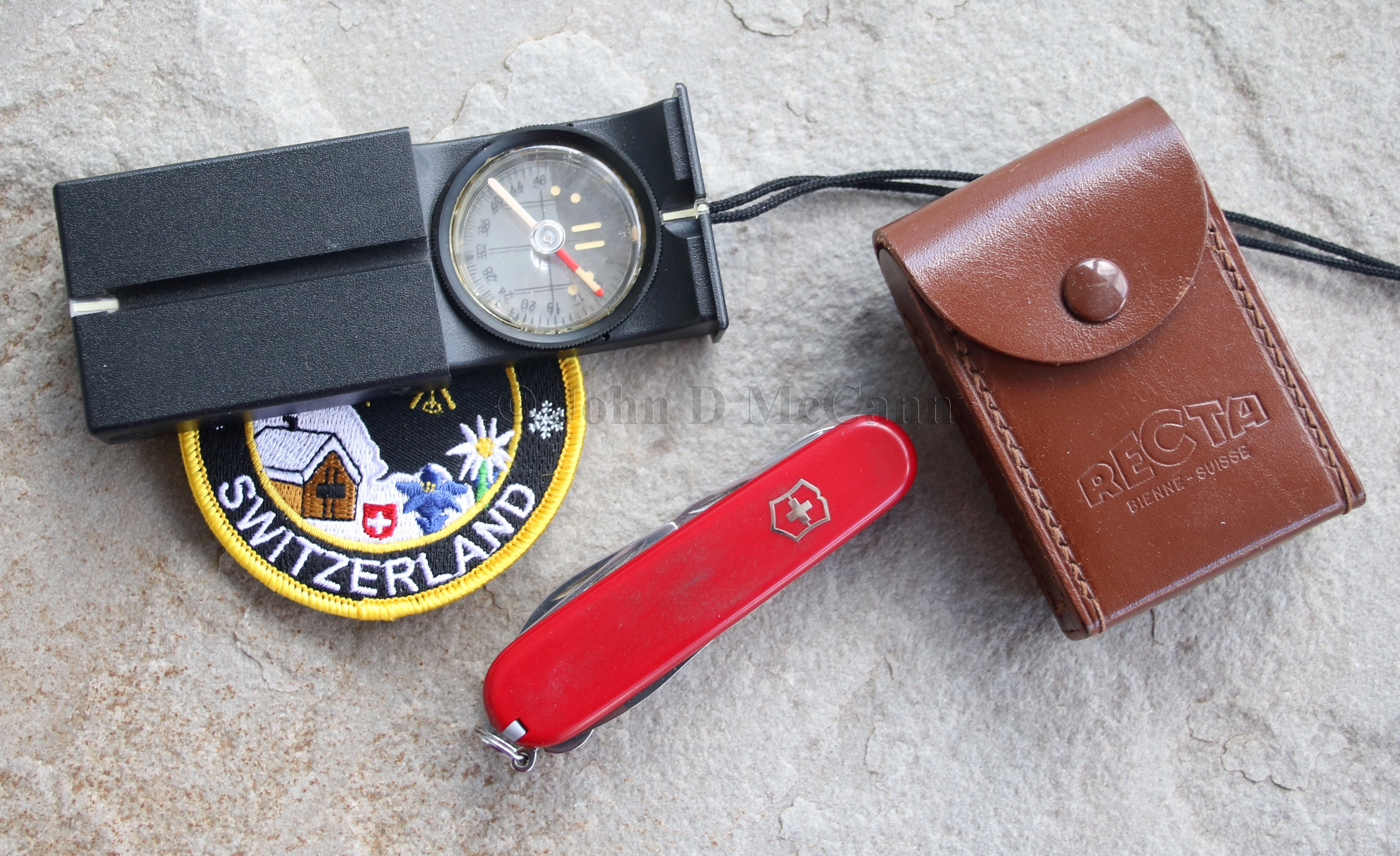 The above photo shows an early Recta Matchbox style compass from my collection, along with a Swiss
knife and patch.

This technique is based on the "Equilateral Triangle." That is a triangle in which all three sides are equal. All three internal angles are congruent to each other and are each sixty degrees. This also makes the length of each size the same, which can come in handy when pacing, and you need to box an object.

This is how it works. When you see an object ahead while following a bearing on your compass, and you know you will have to go around that object, you will need to go right or left. If you are going right, add 60º from the bearing you are following. You then follow that new bearing, counting your paces until you are in a position to pass the object. Remember how many paces you took. Now you subtract 120º to your compass and count the same amount of paces as you counted going out. When you have counted the same amount of paces, you will now be back on your original line of travel. Now add 60º, and you will be back on your original bearing. See the diagram below. 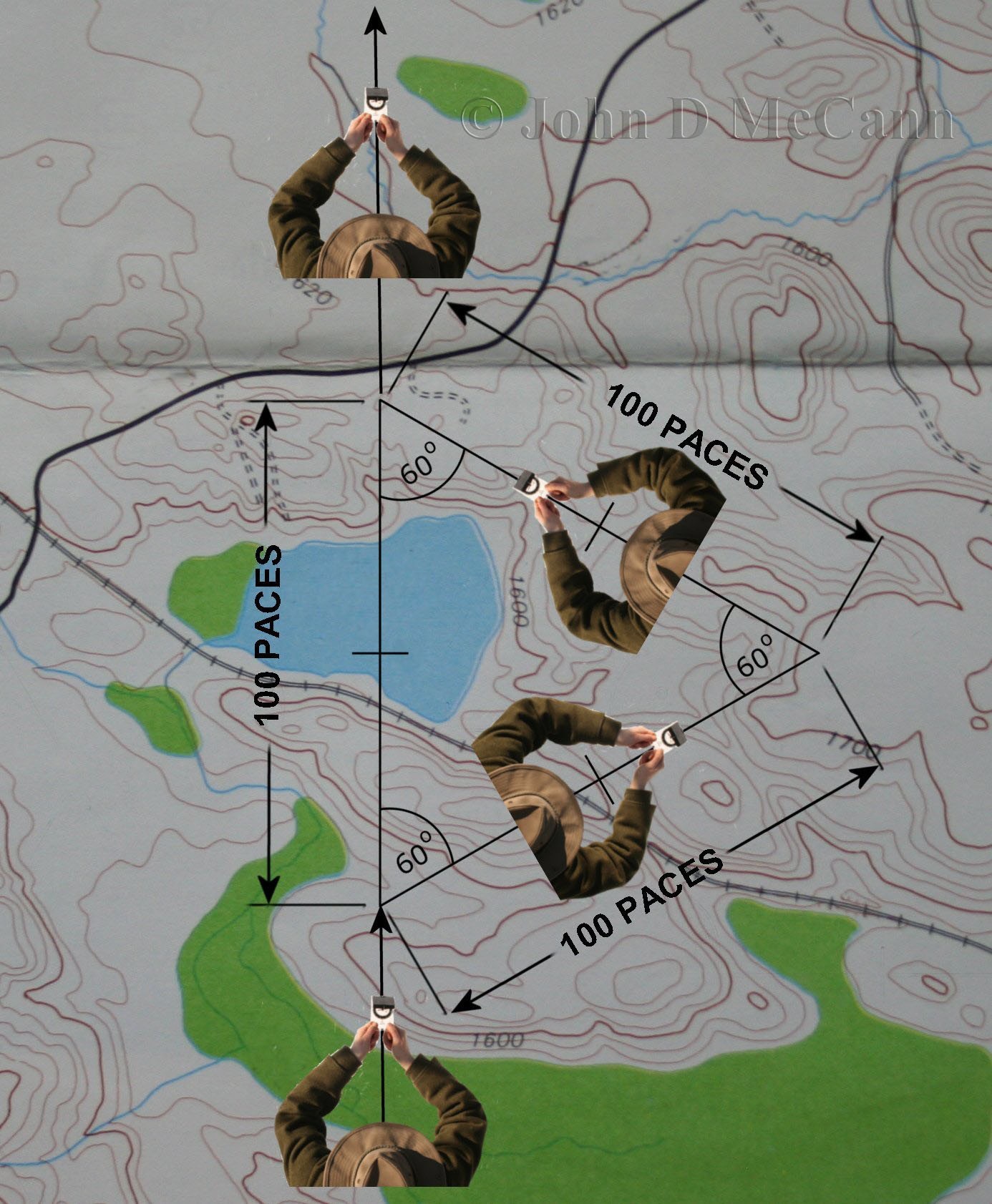 Now this sounds like an awful lot of adding and subtracting, but not necessarily. There is a compass designed specifically for this purpose. Originally designed by Recta of Switzerland in 1941, it was designated the DP6, and was used by the Swiss military, and was used by Swiss Military Officers during WWII, as well as others. It is a mirror compass, whereby the mirror drops down from the bottom. But the unique feature is that there are markings 60º to both the left and right of the Orienting Arrow on the rotating housing. You simply place your magnetic needle in one of these markings to go either left or right. Makes boxing at 60º a real breeze.

Recta and Suunto joined forces in 1996 and all compasses are now made at the Suunto Oy Factory in Finland. The Recta DP6 is now the Suunto MB-6 Matchbox Compass, and is still used by the Swiss Military. I really like this compass, not only for the 60º markings, but with the mirror dropping down from the bottom, you can aim, using the provided groove, across the entire top. It is small, hence the name "Matchbox" compass, and can easily be carried in a pocket. Note: In the opening photo I show an original Recta DP6 which is in my compass collection. 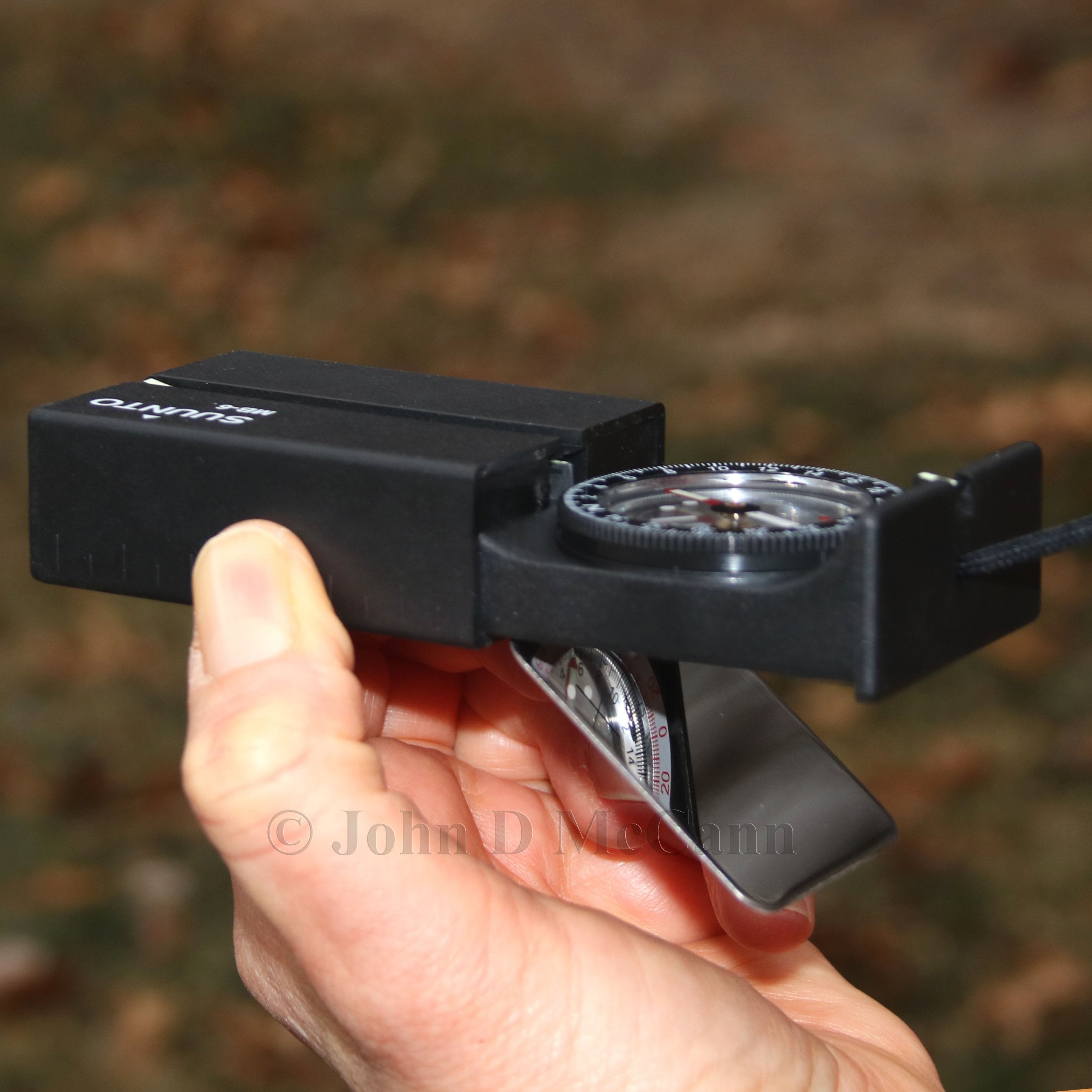 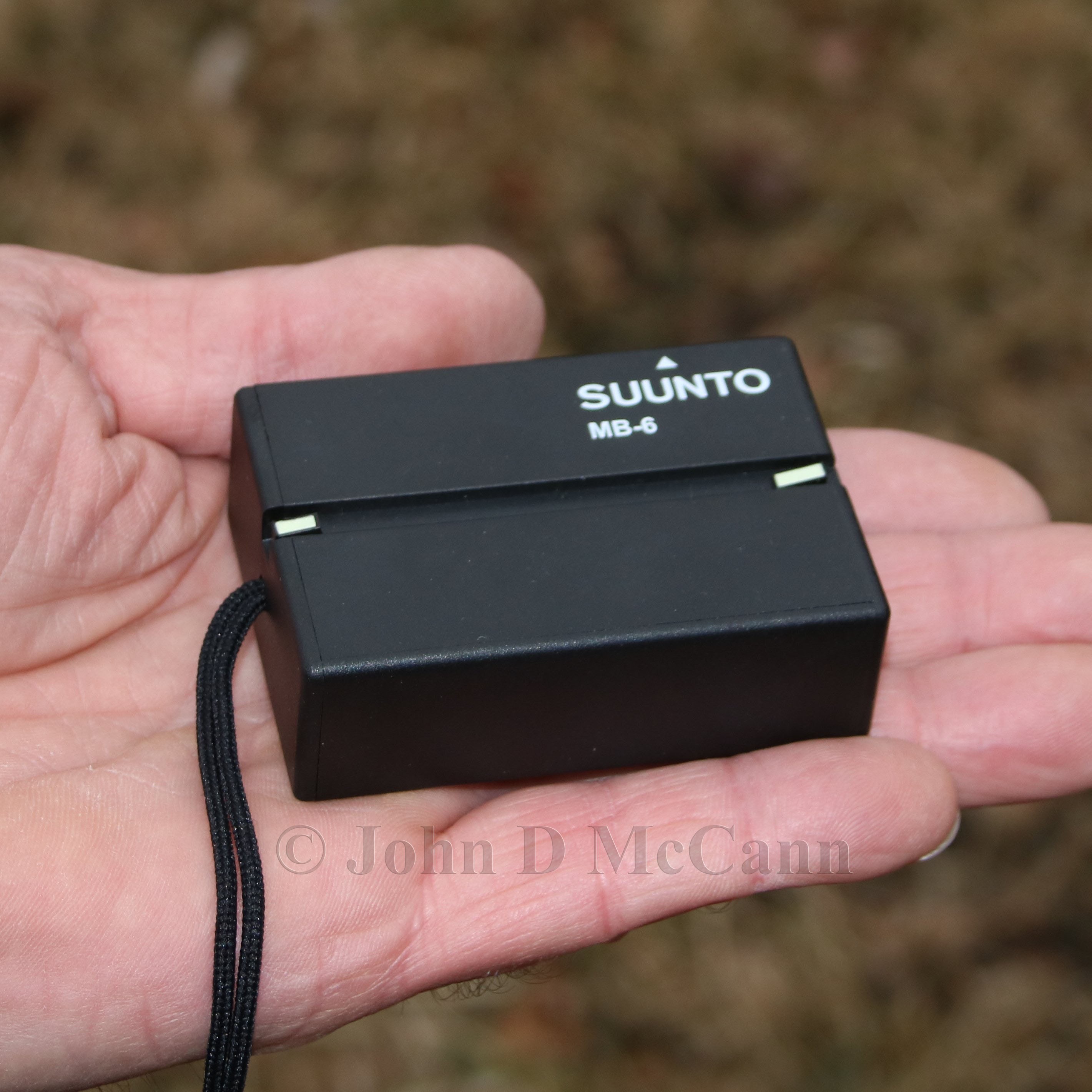 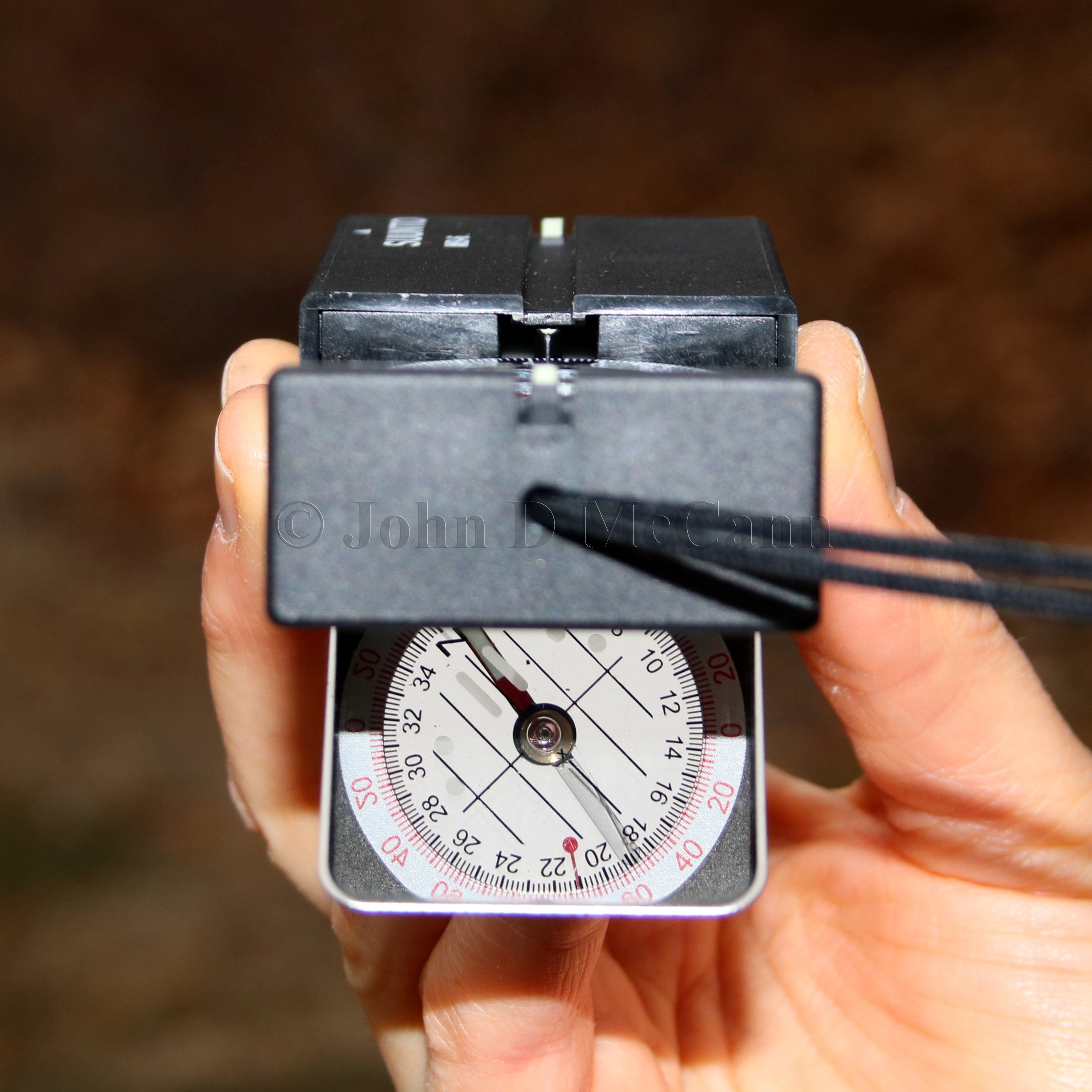 This photo shows a rear view of the Suunto MB-6 with the compass dropped down and the sights on top. 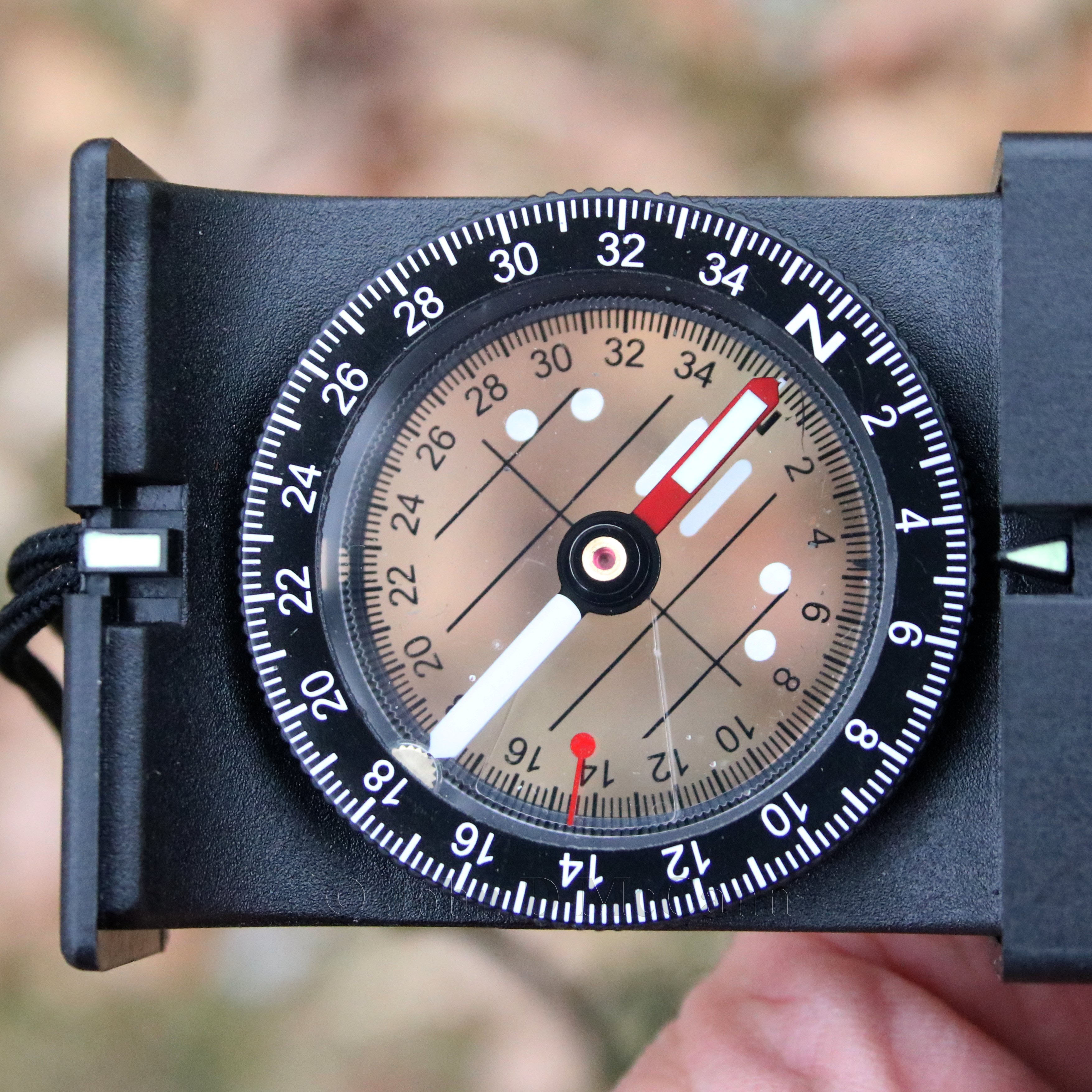 This photo shows the 60º markings to the left and right of the Orienting Arrow.

When using this compass to box an object at 60º you may run into a situation whereby you go out at your first 60º you when you go to add-subtract the 120º you realize you won't pass the object. So you now go back to your original bearing and continue to the point where you can add-subtract the 120º to pace back to your original bearing line. Keep in mind that you should also count the paces you take on the original bearing. If you add the number of paces out to the paces taken at the original bearing, they will equal the distance covered between the obstacle. The diagram provided below makes this much easier to understand. 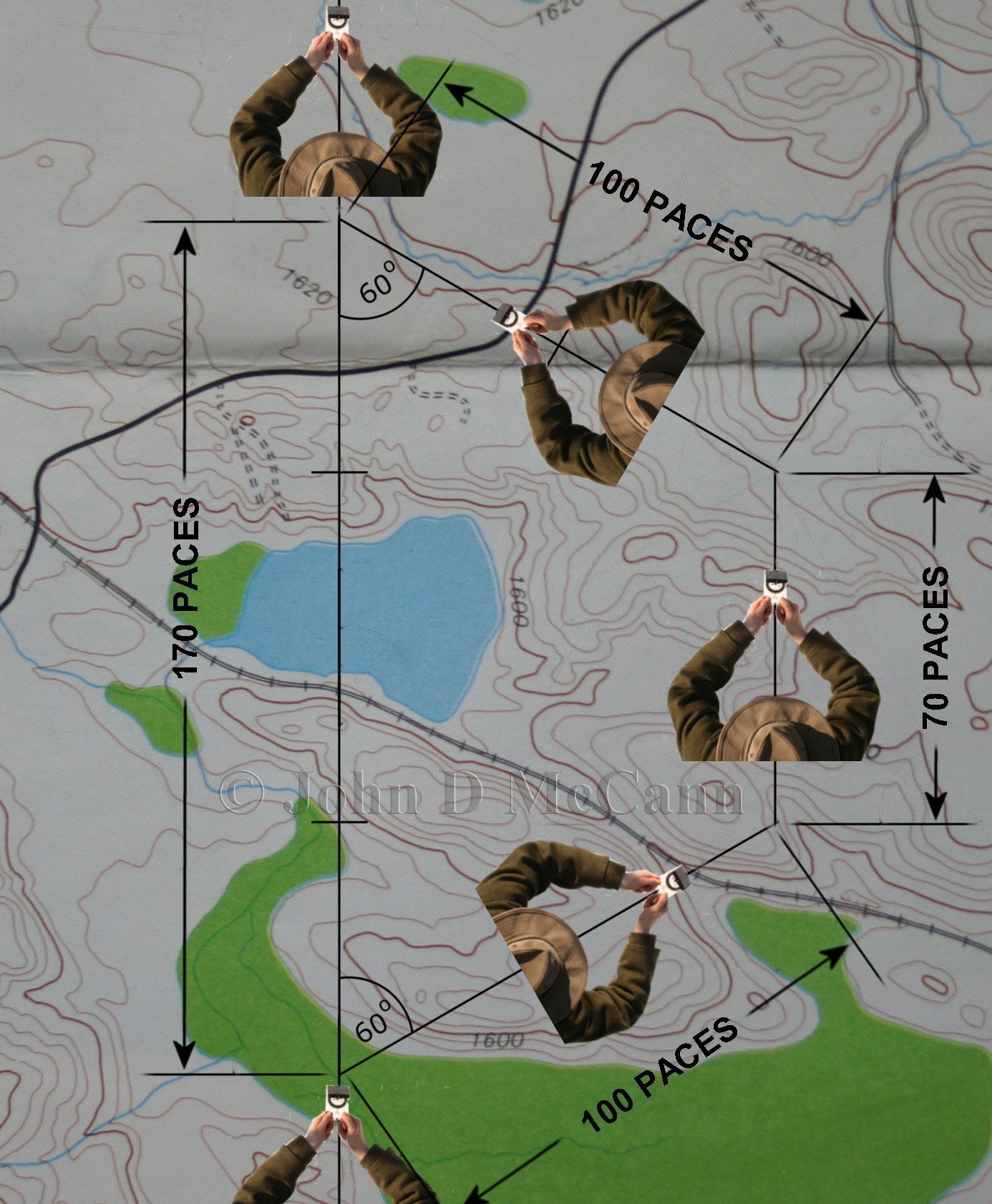 As you can see, if you don't have a Suunto MB-6 compass you will be doing a lot of adding and subtracting degrees. I have never been in favor of moving my compass housing more than necessary as each time you make a move, you have a chance of miscalculating. However, with the Suunto  MB-6, 60º boxing of an object becomes a breeze. If nothing else, maybe this article has given you one more technique for your navigational tool box. And if you are interested in the Suunto MB-6, we sell it at Survival Resources HERE.