I wanted a multi-use lanyard that would have various uses. First, I wanted a Crown Sinnet knot close to the connection loop at the noggin which would function as an extension of the short noggin handle making it easier to hold. I also wanted an extended loop that would allow me to fasten and lock the lanyard over a belt, or off a pack, tree limb, ridge line, etc.

I started with a diamond knot after the loop for the noggin handle, and then a Crown Sinnet (If you are interested in a Crown Sinnet there are verious tutorials on the web). I inserted the second loop inside the center of the sinnet as it was constructed. This provided me with a loop at both ends. The antler toggle was placed on the larger loop before it was inserted in the sinnet. It works well as intended. Here are some photos of the completed project. 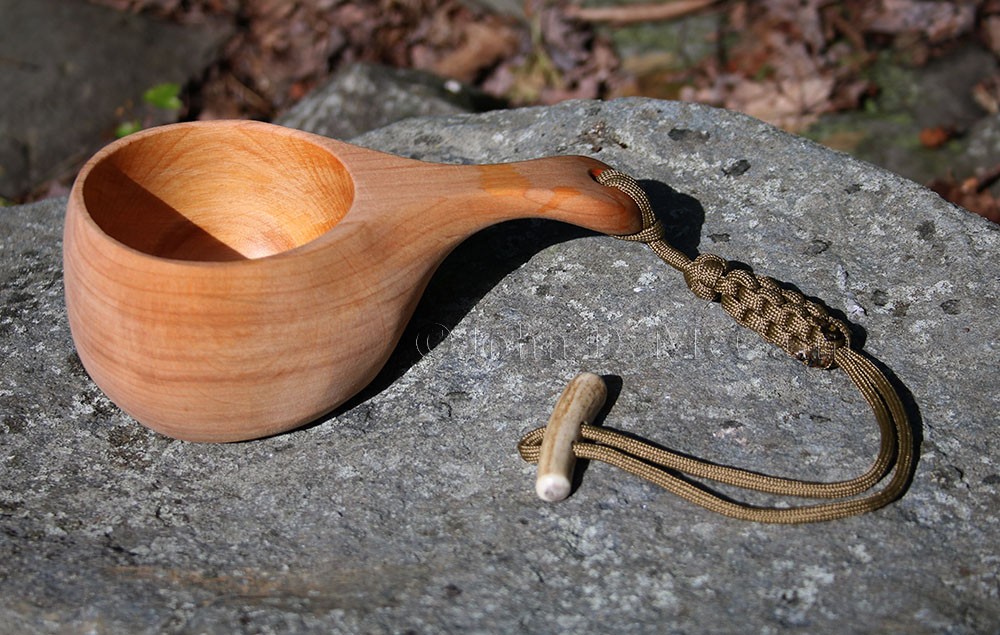 This shows the lanyard attached to my noggin. 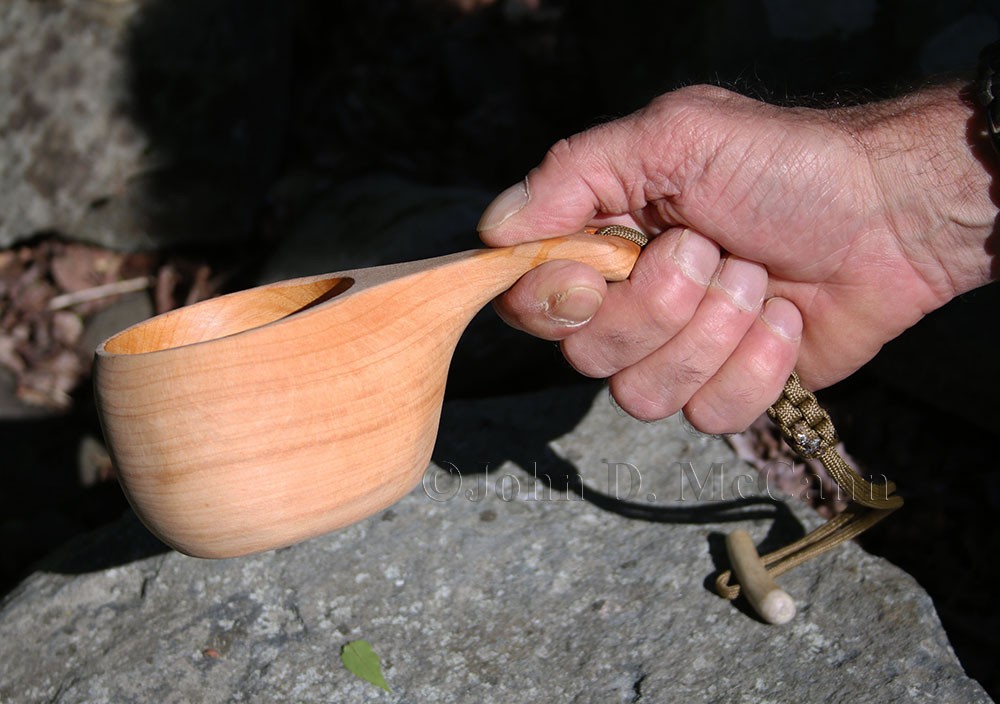 This shows how the Crown Sinnet is used as an extension of the noggin handle.

This shows the entire lanyard with diamond and Crown Sinnet not on one end and the antler toggle on the other. 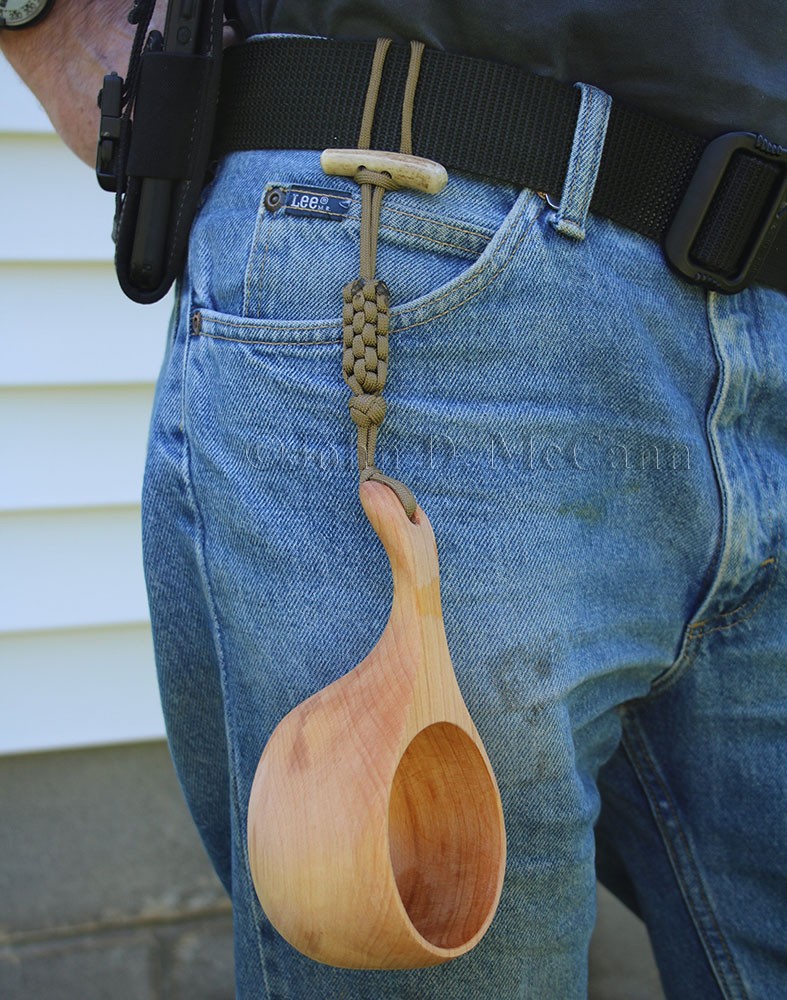 This shows the toggle being used to attach the noggin to a belt. 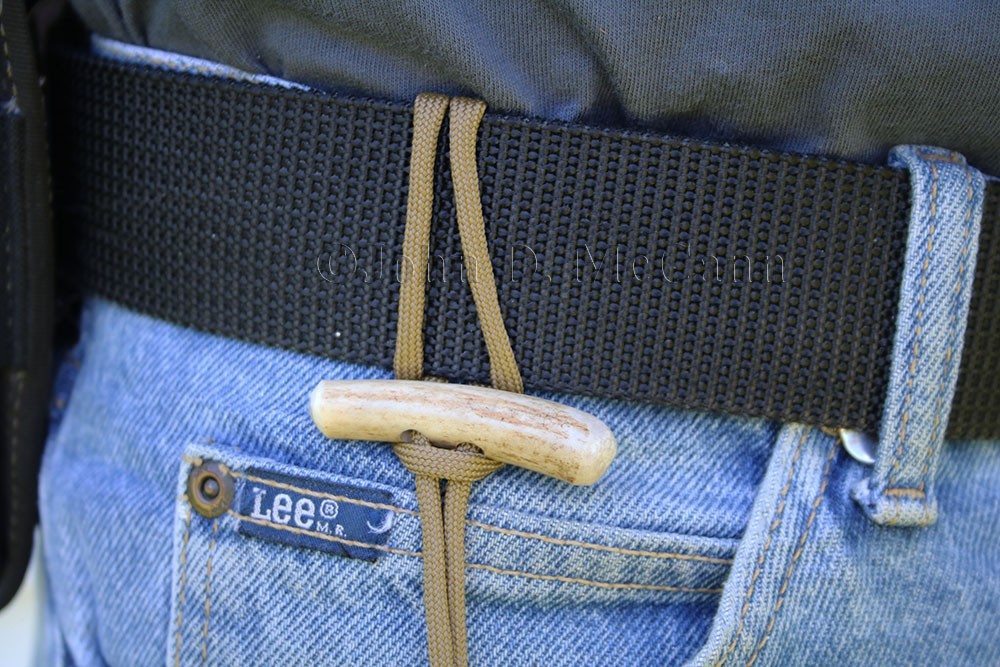 A close-up view of the toggle attachment to a belt. 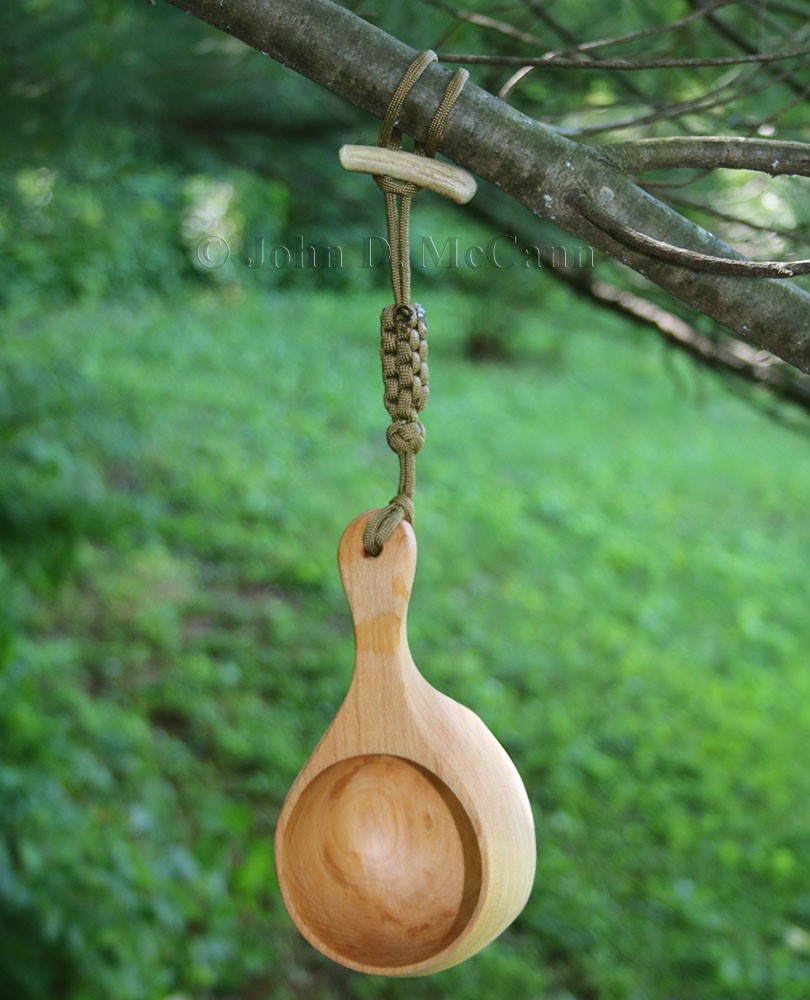 A view of the toggle being used to attach the lanyard over a limb. This could also be
attached the same way over a ridge line or a loop on a pack. 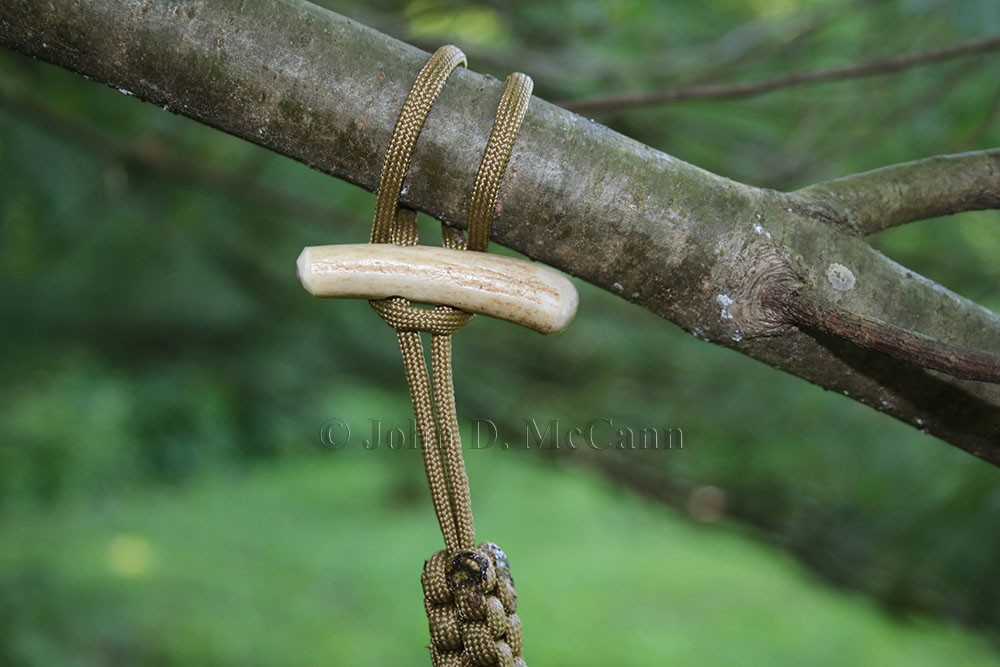 A close-up view of the toggle attachment over a tree limb.

Well there you have it. A Multi-Use Lanyard that allows you to attach your noggin (Kuksa) to various items, and provides an extension of the Noggin handle. It does everything I wanted it to do.